These factors simply predisposes individuals to high systolic blood pressure but are not in themselves causes of isolated systolic hypertension.

As earlier stated, systolic blood pressure is the most common form of high blood pressure in those individuals at 60 years old or more. Predictably due to the ever advancing medical procedures and treatment to do with health in general especially in the western world, isolated systolic hypertension is becoming more prevalent as the 65 years plus age group continues to expand so rapidly.

Whereas in many years past doctors considered an elevation of diastolic pressure to be more important that that of systolic pressure; there has been a paradigm shift. Today high systolic blood pressure combined with lowered diastolic pressures also known as widening of the pulse pressure are key ingredients of cardiovascular risk more so in the elderly.

Doctors use the widening pulse pressure to indicate a rise in systolic levels and fall in diastolic levels. This widening pulse pressure further speaks of atherosclerotic stiffening of the aorta and large capacitance vessels (veins capable of holding and storing blood) largely associated with advanced age. Age affects the aorta (the large trunk artery that carries blood from the left ventricle of the heart to branch arteries) putting increased load on the ventricle which jeopardizes blood flow in the coronary.

Put another way, the development of systolic blood pressure with advancing age is as a result of a deterioration of arterial compliance of the large conduit arteries in particular. This involves increasing arterial stiffness as a result of structural and functional changes in the vascular wall. Amazingly, diastolic blood pressure does not increase all through these developments and may even be lowered due to increased arterial stiffness. 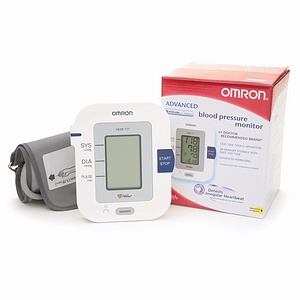 Treatment of isolated systolic hypertension is absolutely necessary as is provides considerable protection against cardiovascular mortality as well as morbidity. Controlling systolic blood pressure will to an extent prolong life and reduce strokes, heart attacks and occurrences of heart failure. Onset of dementia will also be possibly reduced.

There are evidently three key areas to be seriously considered as attention is directed towards the control of systolic hypertension;

Patients with lesser elevations of systolic blood pressure might do fine with active therapy if at high risk due to other diseases such as concomitant diabetes, renal dysfunction, heart failure and others.