There are a variety of hypotension causes. The common causes of low blood pressure include hypertension medications side effects, loss of blood or fluids amongst other possible causes. Low blood pressure essentially speaks to the inability of blood to flow at high enough pressure to service all the requirements including that of vital organs. These requirements include removal of toxic waste, supply of oxygen and and the nutrients through out the body. Continued abnormally low blood pressure will possibly result in organ damage such as kidney, heart, brain and even liver. 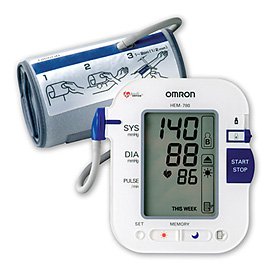 As noted earlier hypertension is often defined on the basis of readings provided by blood pressure equipment. On the other hand lower blood pressure readings though important are not enough by themselves in the absence of signs and symptoms of hypotension regardless of how accurate they maybe.

In the same way other individuals who would have a normal blood pressure of say 130/80mm Hg may develop low blood pressure symptoms at a drop to 100/60mm Hg. It has been observed that people who work-out and keep physically fit such as athletes and such others have generally lower blood pressure readings. This however being not the same as abnormally low blood pressure with signs and symptoms.

This is often because as high blood pressure treatment pushes down the systolic reading, it also drives down diastolic blood pressure into lower territory levels. If the diastolic reading goes further down below 70mm Hg complications may occur in some older people. This may include stroke, heart attack or heart failure.

Generally, blood pressure often is elevated during pregnancy. Your health care provider would normally be on the look-out for readings past 140/90mm Hg going up. Readings of 110/70mm Hg and 120/80mm Hg are considered healthy even though this varies in pregnancy.

Women have generally lower blood pressure readings than men. In younger women in their forties and below, blood pressure may fall to as low as below 90/60mm Hg as a direct result of pregnancy mentioned above, hot weather or crash dieting. Therefore strenuous dieting and daily activity can leave some women vulnerable to a sudden drop in blood pressure.

In young women low blood pressure readings are sometimes used as a sign of chronic fatigue syndrome. It does no go away even after resting and disrupts ability to carry out daily activities. In older women above forty, especially, symptoms of low blood pressure may point to the possibility of severe problems such as heart disease.

Blood pressure drops are even more pronounced for some individuals on high blood pressure medications or with heart problems.

Return to Causes of Hypotension from Low Blood Pressure Readings